The Side Effect Risks that Come with Prescription Medication

Categorically, high blood pressure medications can be lumped into groups, namely Diuretics, ACE Inhibitors, BETA Blockers, Calcium Channel Blockers, Angiotensin II Receptor Blockers and Alpha Blockers. Each works in its own way to help stabilize blood pressure, in addition to having some side effects. Depending on your situation, your doctor will prescribe one or a mixture of the most common medications on the market to stave off the most common high blood pressure aggravates.

Even though diuretics are more commonly prescribed to help alleviate water retention build up, they are nonetheless often prescribed to treat high blood pressure. Diuretics help the kidneys to filter sodium and water through urination, which in turn reduces water from the blood vessels around the heart, which ultimately reduces pressure around the heart. Doctors often prescribe this form of medication when a patient is first diagnosed with high blood pressure, as relieving water build up around the heart may be the solution. Diuretic medication therapy is considered an initial treatment recommendation. If there is still high blood pressure after a course of diuretics, your doctor will prescribe something else.

Calcium channel blockers, also referred to as CCBs or calcium antagonists, lowers blood pressure by thwarting calcium’s entrance into the blood stream. Stopping calcium from entering the blood stream helps to keep blood vessels from narrowing. Normally CCBs are used in conjunction with other high blood pressure medications as opposed to a sole solution.

Angiotensin II Receptor Blockers, also referred to as ARBs, lowers blood pressure using a hormonal approach, similar to how ACE inhibitors work. However, because of the sometime harsh side effects of ACE inhibitors, ARBs are used instead as a more mild medication therapy. ARBs are sometimes used alone but are normally prescribed along with other high blood pressure medications for a more powerful effect.

Alpha blockers, similar to beta blockers, are prescribed to alleviate the muscles constricting blood vessels by keeping them open, making it easier for the blood to flow throughout the body, reducing blood pressure.

People who take Diuretics can be almost sure of having increased thirst and urination, but that is only natural since the diuretic is made to alleviate water retention that the body tends to hold. With all the urination, potassium is lost, which is why it is important to replace potassium intake with either bananas or a potassium pill that your doctor can prescribe in conjunction with the diuretic.

The side effects of ACE Inhibitors include dry cough and swelling and even, in some cases, increased reaction to different stimuli due to an allergic reaction.

The side effects of Beta Blockers include dizziness, constipation, nausea and headache. But it should be noted that not everyone experiences the same side effects. If you are taking beta blockers you may experience only constipation and headache or just some light headedness. It depends on the individual, the age, gender and what kind of physical condition the patient is in.

Angiotensin II Receptor Blockers, also referred to as ARBs, have similar side effects like beta blockers, although instead of constipation being a problem, diarrhea may become problematic. There can however be the same dizziness, nausea and/or headache. ARBs are not recommended for women who are pregnant. The side effects from Alpha-Blockers include dizziness, nausea, weight gain and tiredness or weakness.

Calcium Channel Blockers have very few side effects, which is why doctors like to prescribe this form of therapy to combat high blood pressure.

It should be noted that the above information is only for a quick reference. For more information on the above medications and their side effects, please talk with your Doctor and, as always, tell your Doctor if you are pregnant before taking any medication that is unrelated to pregnancy. 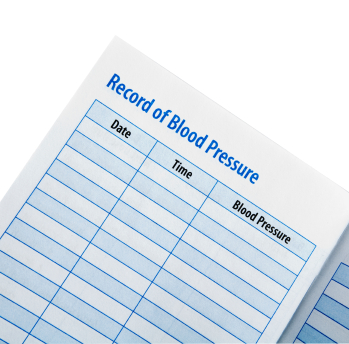 Knowing the Signs and Symptoms of Hypertension